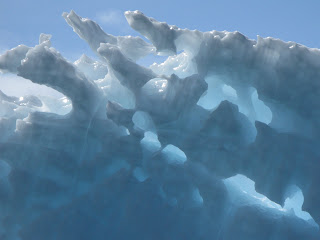 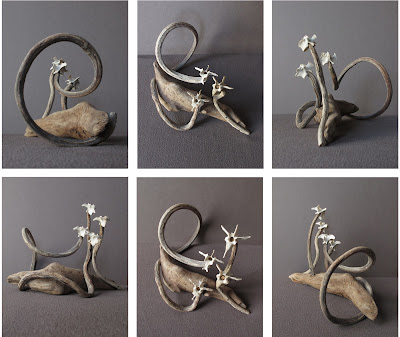 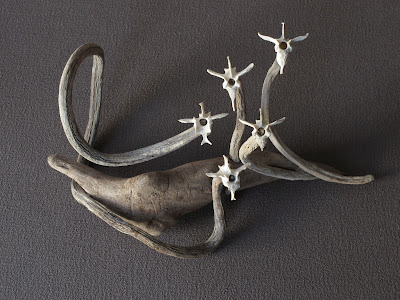 
Next week is full of Antarctic events here in the Bay Area. I'm giving a free talk at UC Berkeley on Wednesday and then Thursday I'll present a full set of Antarctic works, including one world premiere, at the Exploratorium in San Francisco! Full details below... 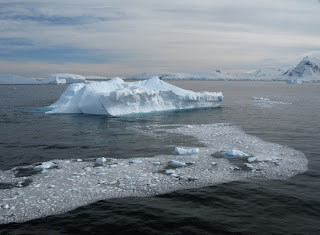 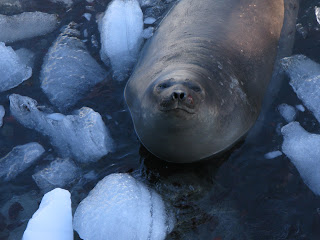 PLEASE NOTE: SPACE IN THE THEATER IS EXTREMELY LIMITED. ARRIVE EARLY TO SECURE A SEAT.
The Exploratorium is open Thursday evenings 6-10pm for ages 18+ only. The concert is included with evening museum admission: $15 adults/$10 members. You can buy advance tickets here.
Doors to the theater open at 6:15pm. The concert starts at 7pm.

Special thanks to the Eric Stokes Fund: Earth's Best in Tune for supporting the development of two of the pieces we'll be performing: Meltwater and Oceanus Meridiem.


Other events on the horizon:

The score for my piece Point Eight Ice is still on view at the Adobe Bookstore Backroom Gallery. The exhibition is up through October 11th. Stop by the closing party October 11th, 6-10pm.

I'll be playing a set, including Oceanus Meridiem, in Tokyo, Thursday, October 17th, 8pm at Waseda Sabaco! More details coming soon...
Posted by Cheryl E Leonard at 9:20 AM No comments: 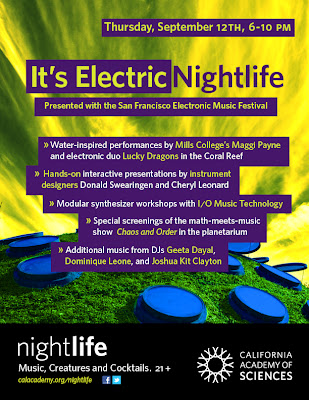 I'm busy making icicles right now for tomorrow night's performance/installation of my piece Meltwater at the California Academy of Sciences. Musician/composer extraordinaire Phillip Greenlief will be joining me on stage in the African Hall near the African penguins (Yay! Penguins!). In between our performances you can try your hand at playing some rocks from Antarctica, icicles, and scientific glassware. 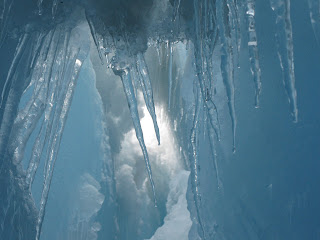 I would like to once again give special thanks to the Eric Stokes Fund: Earth's Best in Tune for supporting the creation of my piece Meltwater. 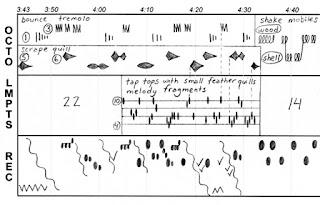 ALSO...the score of another one of my Antarctic compositions is currently on view in the Experimental Notations Exhibition at the Adobe Books Backroom Gallery in San Francisco. You can check out all the funny squiggles I came up with to represent various ice, penguin bone and limpet shell sounds in my piece Point Eight Ice, and then listen to a recording of the piece and follow along on the score. Of course I recommend checking out all the other neat graphic scores/pieces in the exhibition! 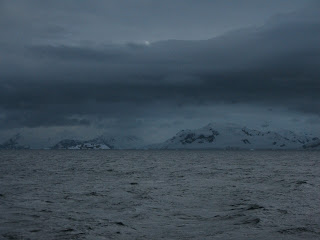 FURTHERMORE... Next month on October 10th I'll be performing a set of Antarctic works at San Francisco's Exploratorium in their lovely state-of-the-art new theater, the Kanbar Forum. Word is there will be a live webcast of the show too, so even if you are far away you'll be able to watch it. More details coming soon...
Posted by Cheryl E Leonard at 4:11 PM No comments:

Antarctic Instruments at Touch the Gear this Sunday 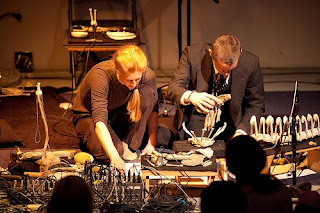 If you've ever wanted a chance to play my natural-object instruments come to Outsound's Touch the Gear Expo this Sunday. I'll have several of my Antarctic instruments (penguin bones, rocks, and shells) set up and perhaps a few other goodies. This is a super fun, FREE event in which you get to see and try out a wide range of unusual sound-producing gizmos. 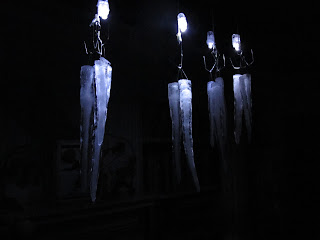 And I have a couple of exciting Antarctic music gigs coming up this fall so save the dates!

THURSDAY, OCTOBER 10, 2013 -  Resonance Music Series at the Exploratorium, concert of my Antarctic/Arctic music, performed by Phillip Greenlief and I
Posted by Cheryl E Leonard at 11:17 AM No comments:

Concert May 2nd in Richmond, CA 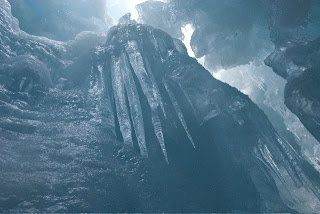 First Thursdays at The Schoolhouse
Music and video works by Cheryl E. Leonard and Betsey Biggs. I'll be presenting Meltwater, a new composition for icicles, stones, and scientific glassware. This piece is inspired by Antarctica's melting glaciers, especially the Marr Ice Piedmont which is right next to Palmer Station. Phillip Greenlief will be joining me onstage to perform this new piece. I'll also be playing Lullaby for E Seals.

I'd like to give special thanks to The Eric Stokes Fund "Earth's Best in Tune" for supporting the creation of Meltwater.
Posted by Cheryl E Leonard at 1:55 PM No comments: