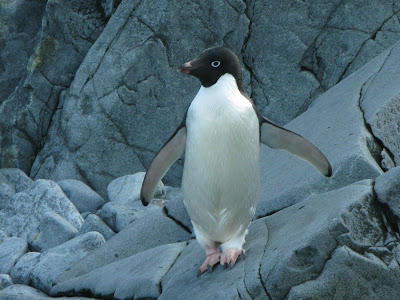 My next Antarctic music concert will be July 31st in ME'DI.ATE's Green Sound Festival at the Lab in San Francisco. I'll be presenting a set of pieces inspired by Palmer Station's Adélie penguins, including several world premieres.
Posted by Cheryl E Leonard at 8:20 PM No comments: 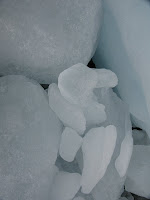 This weekend I'm part of 23five's Thirteenth Annual Activating the Medium Festival at The Lab in San Francisco.

On Friday night, fellow NSF Antarctic Artists Lisa Blatt and Michael Bartalos and I will be discussing making art in Antarctica.

Then on Saturday night my ensemble (A.L. Dentel, Cliff Neighbors, Felix Macnee) and I will be performing five my Antarctic compositions, including two brand new works featuring penguin bones and icicles played live on stage. This will be your last chance to see some of these Antarctic pieces in the San Francisco Bay Area. After this show I will continue working on Antarctic compositions but I will be writing and performing a new works.